Ruinart (pronounced [ʁɥinaːʁ]) is the oldest established Champagne house, exclusively producing champagne since 1729. Founded by Nicolas Ruinart in the Champagne region in the city of Reims, the house is today owned by the parent company LVMH Moët Hennessy Louis Vuitton SA.

An entrepreneur, Nicolas Ruinart realized the ambitions of his uncle, Dom Thierry Ruinart: to make Ruinart an authentic Champagne House. In the period immediately following the 1728 edict of Louis XV, which authorized the transport of wine in bottles, the house was established. Prior to this edict, wine could only be transported in barrels, which made it impossible to send Champagne to distant markets, and confined consumption primarily to its area of production.

Nicolas Ruinart founded the House of Ruinart on 1 September 1729. The first delivery of “wine with bubbles” went out in January, 1730. At first the sparkling wine was a business gift for cloth purchasers, as Dom Ruinart’s brother was a cloth merchant, but 6 years later Maison Ruinart terminated its cloth selling activities due to success in the Champagne business. Since then, the Maison has kept the standards of excellence of its founders.

Ruinart has had a long-standing relationship with the Arts. In 1895, Andre Ruinart asked Czech artist Alphonse Mucha to illustrate a poster of Ruinart. Today the brand is still closely involved with Contemporary Art and plays a role in numerous international events such as ARCO, the Foire de Bale, the Carre Rive Gauche, London Design, and Miami Art Basel. 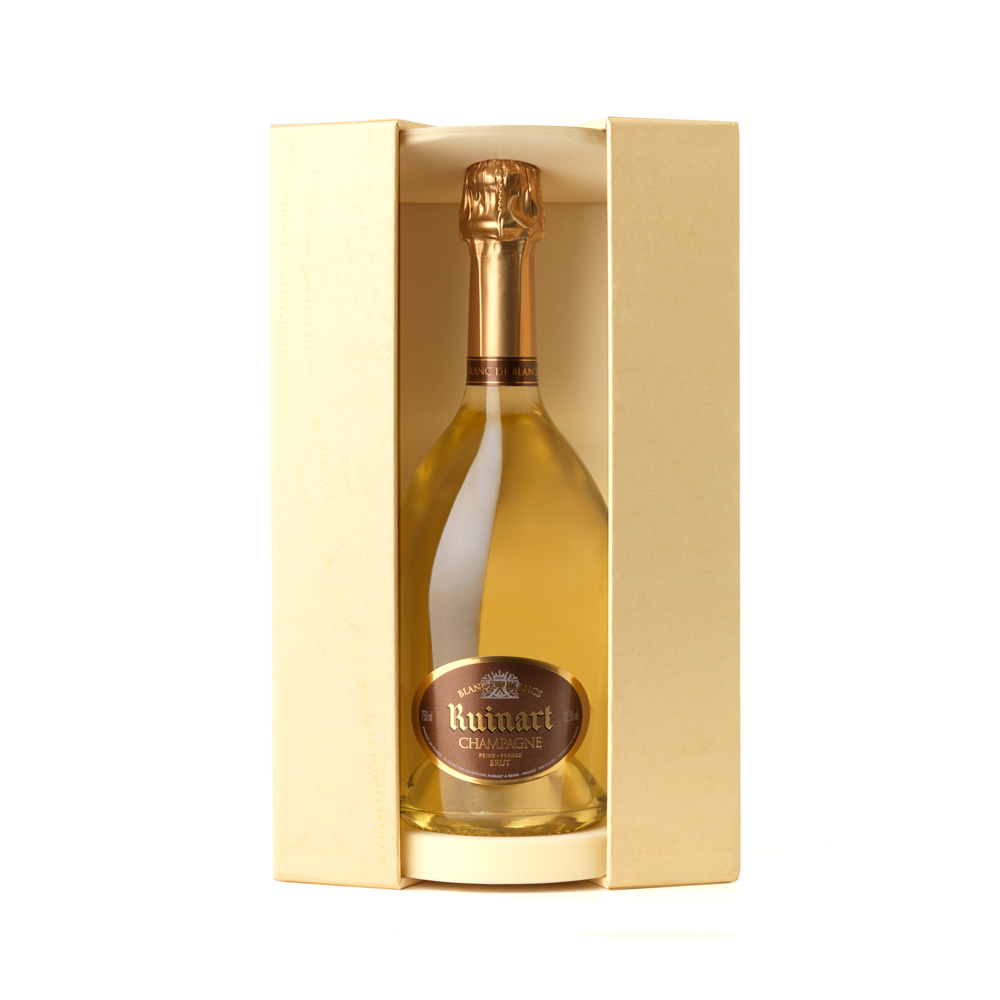 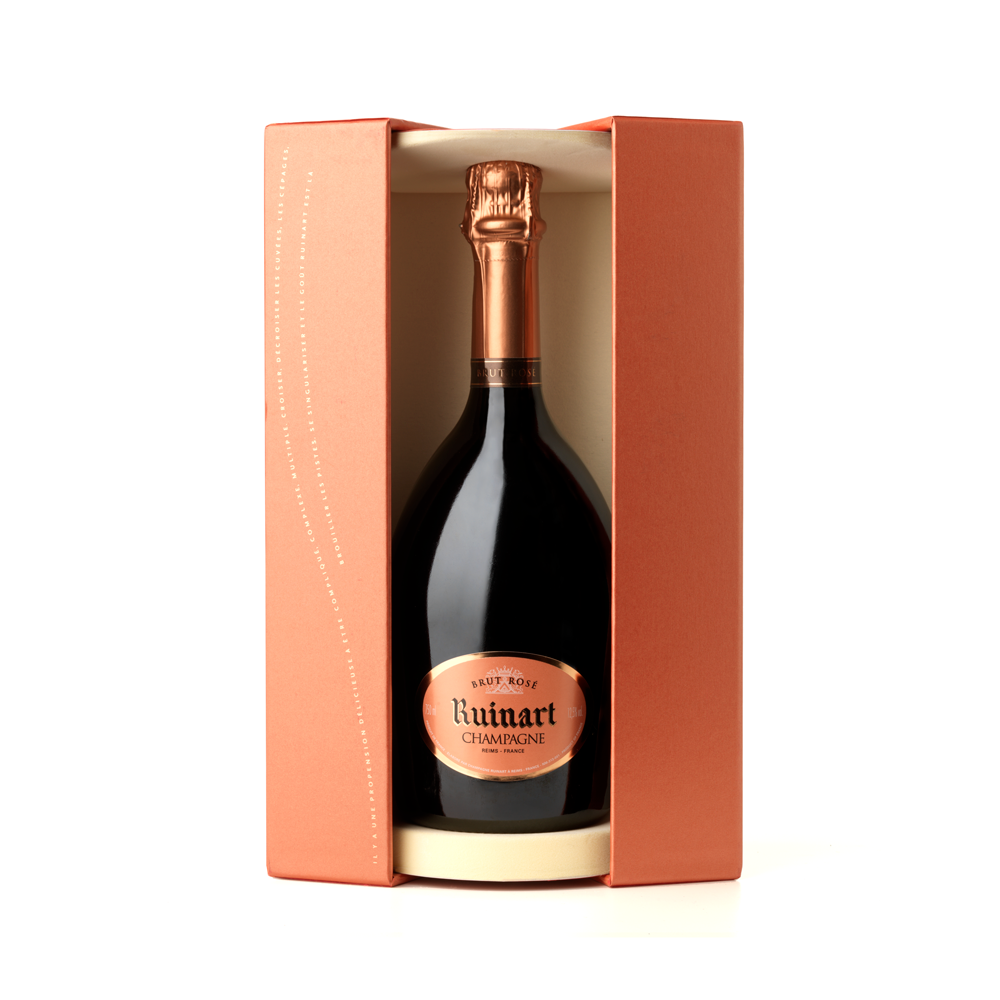 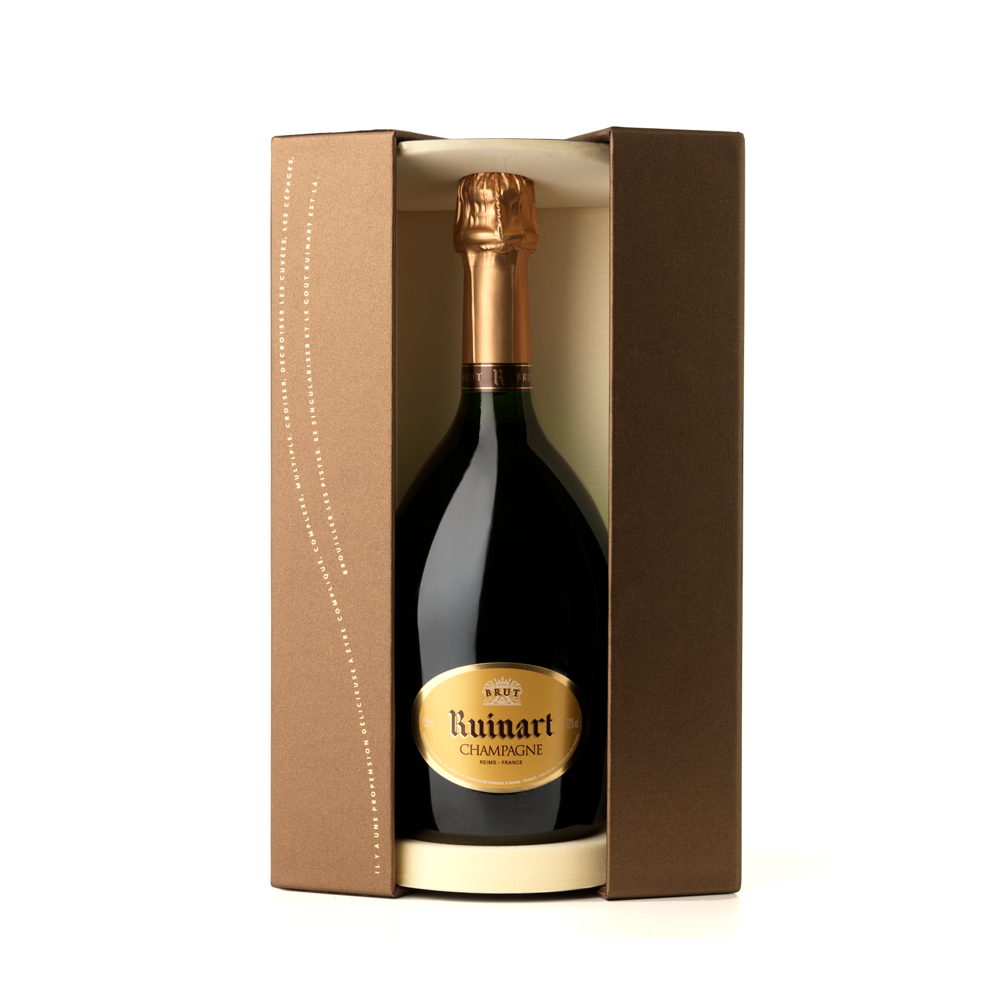