The spring from which Perrier water is sourced is naturally carbonated. Both the water and natural carbon dioxide gas are captured independently. The water is then purified, and, during bottling, the carbon dioxide gas is re-added so that the level of carbonation in bottled Perrier matches that of the Vergèze spring.

Perrier is available in 750 ml, 330 ml, and 200 ml glass bottles in Europe, as well as in 330 ml cans. In other markets, the 250 ml can is also available. Perrier bottles all have a distinctive 'teardrop' shape and are a signature green color. In August 2001, the company introduced a new bottling format using polyethylene terephthalate to offer Perrier in plastic, a change that was researched for 11 years to determine which material would best help retain both the water's flavor and its purported "50 million bubbles."

Perrier comes in several flavors: Natural, Lemon, and Lime have been in market for many years, and in 2007, Citron Lemon-Lime and Pamplemousse Rose (Pink Grapefruit) flavors debuted in the United States. In 2015, a Green Apple flavor was launched in France as well as the US. In 2016, a Mint flavor (Saveur Menthe) was introduced in France.

Since 2002, new varieties of Perrier have been introduced in France, for example, Eau de Perrier is less carbonated than the original, and comes in a blue bottle. Perrier Fluo comes in flavors such as ginger-cherry, peppermint, orange-lychee, raspberry, and ginger-lemon.

Perrier and Italian mineral water brand San Pellegrino are both owned by the Nestlé Corporation. 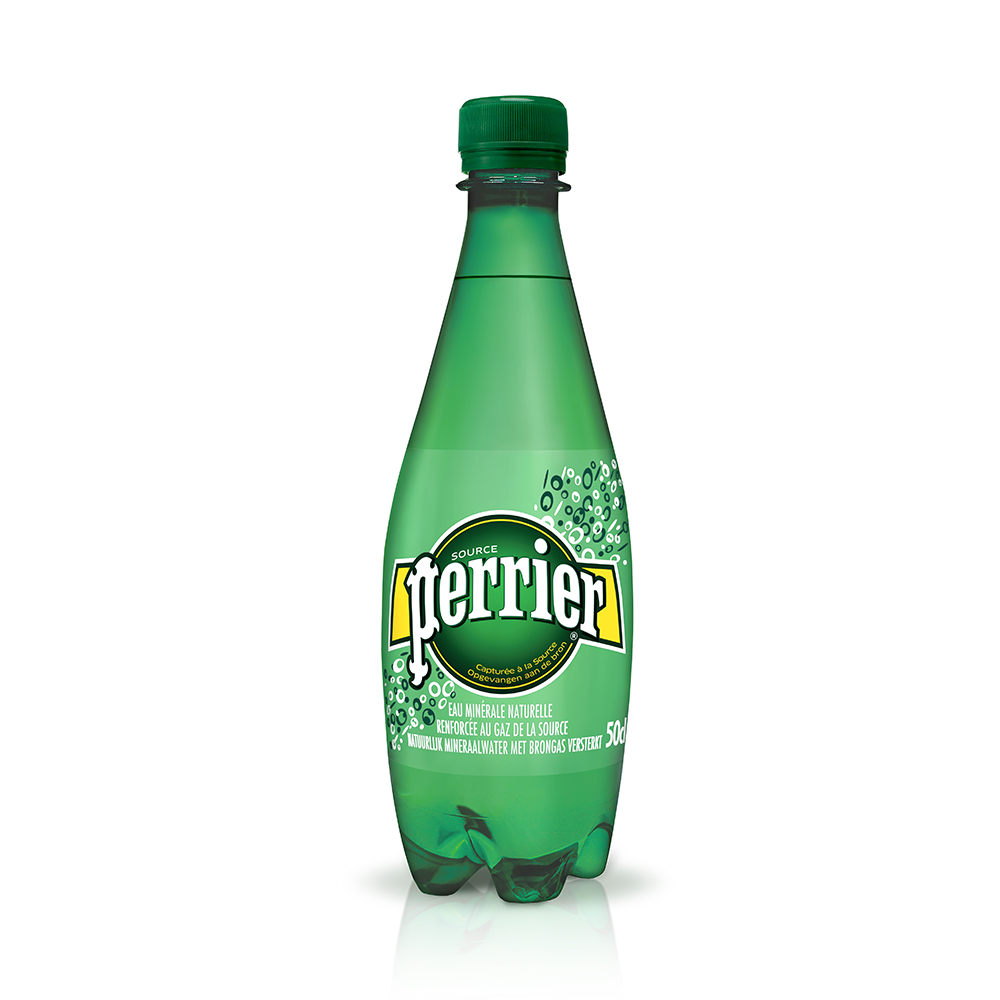 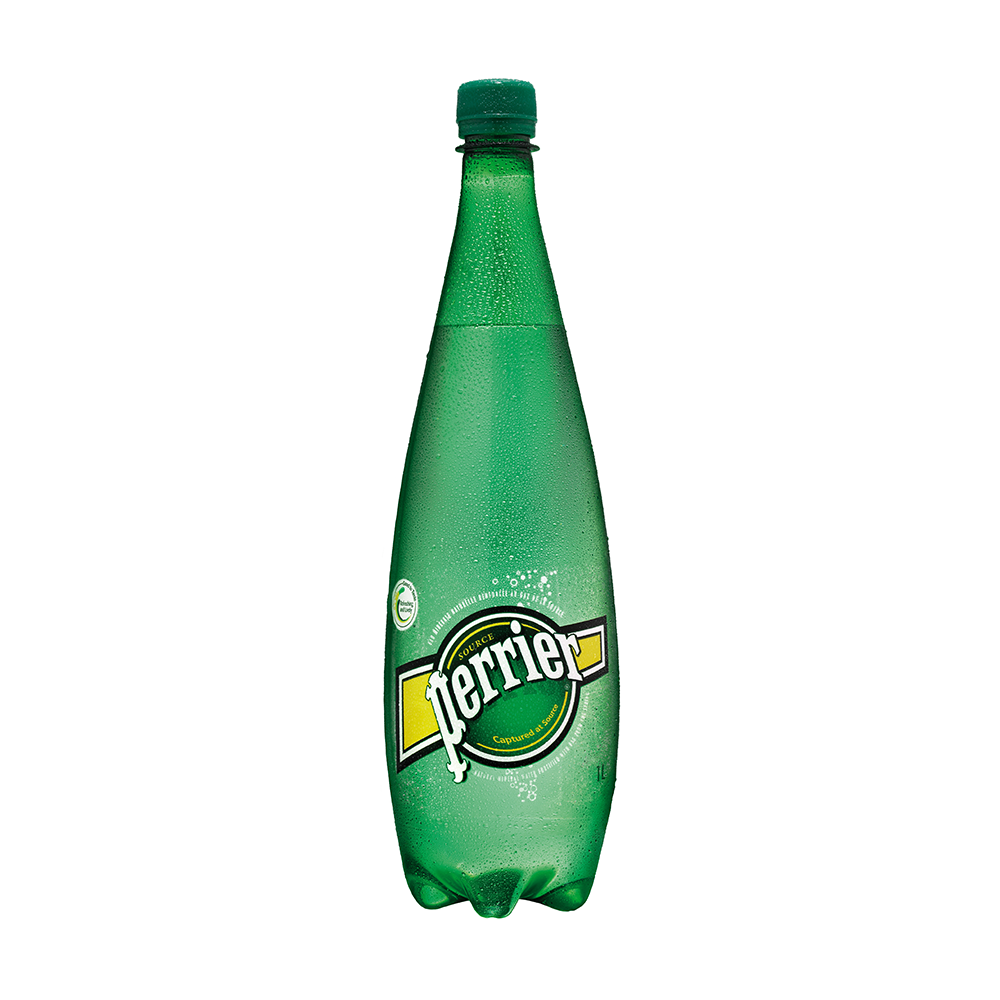 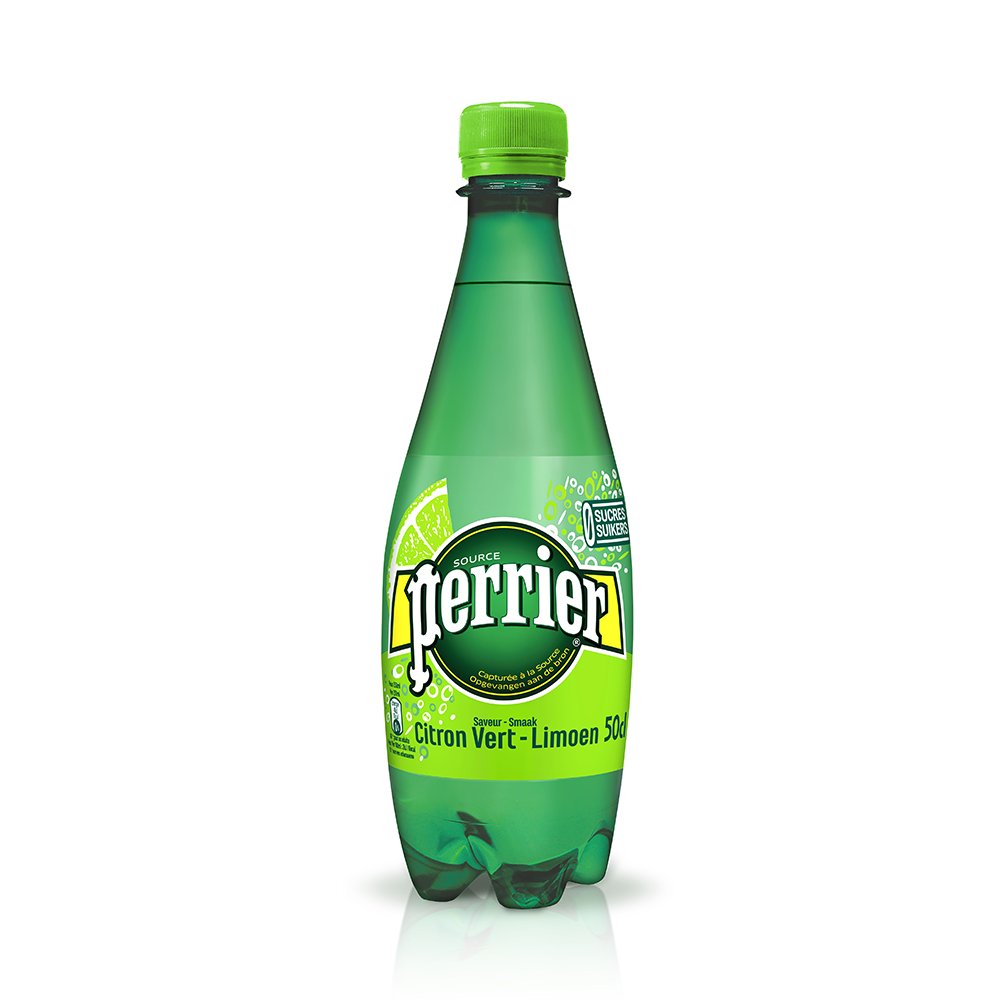 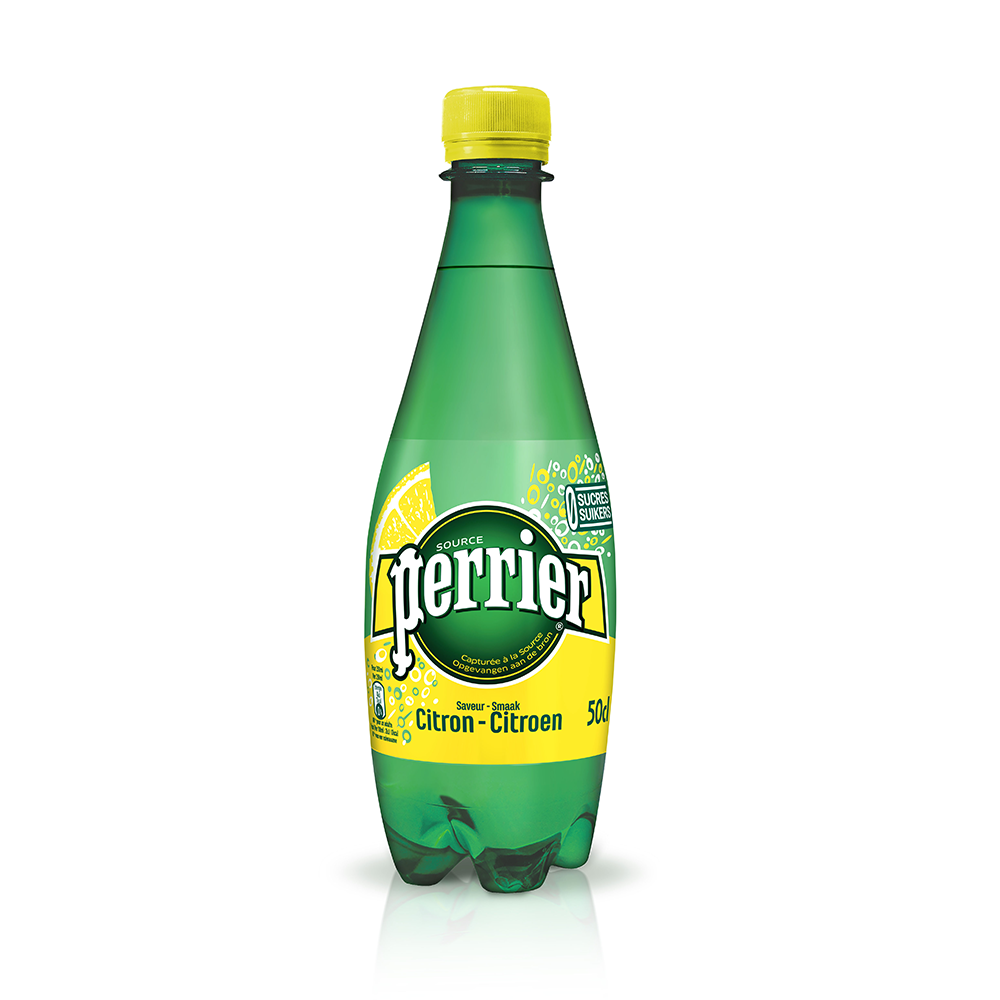 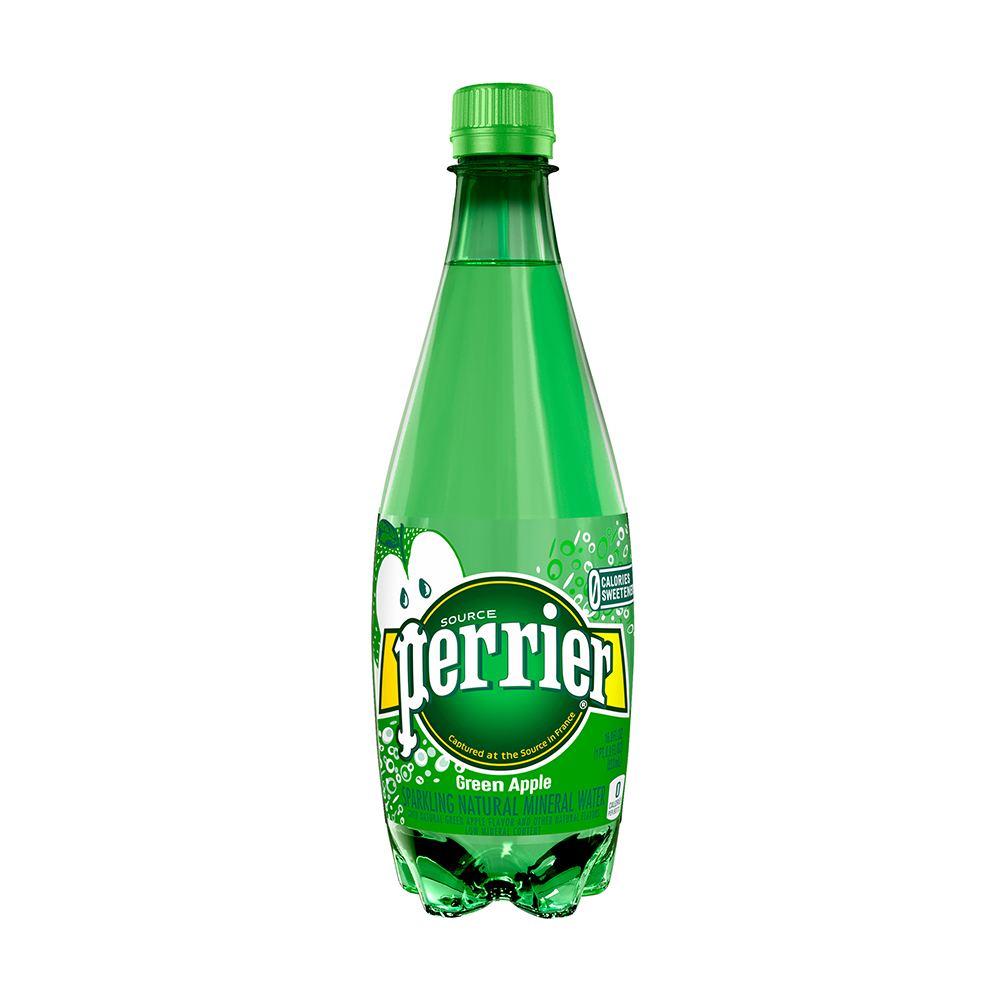 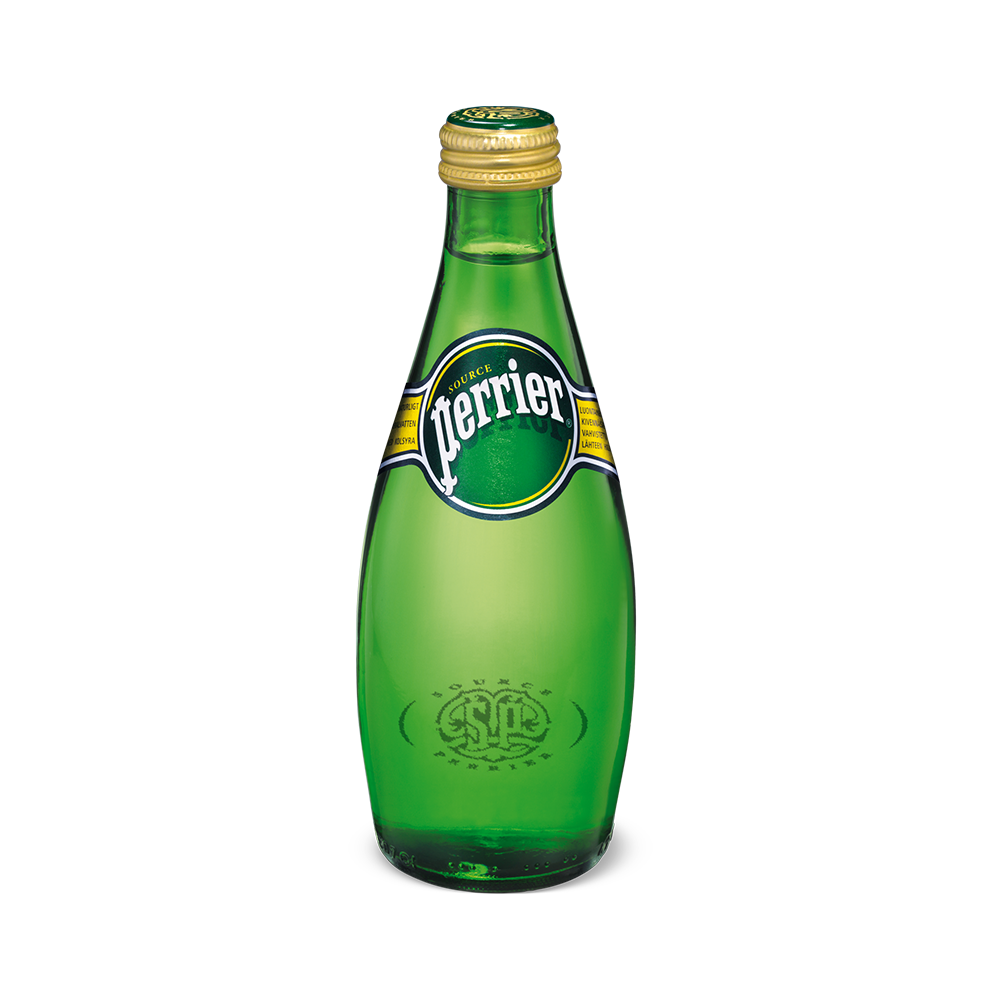 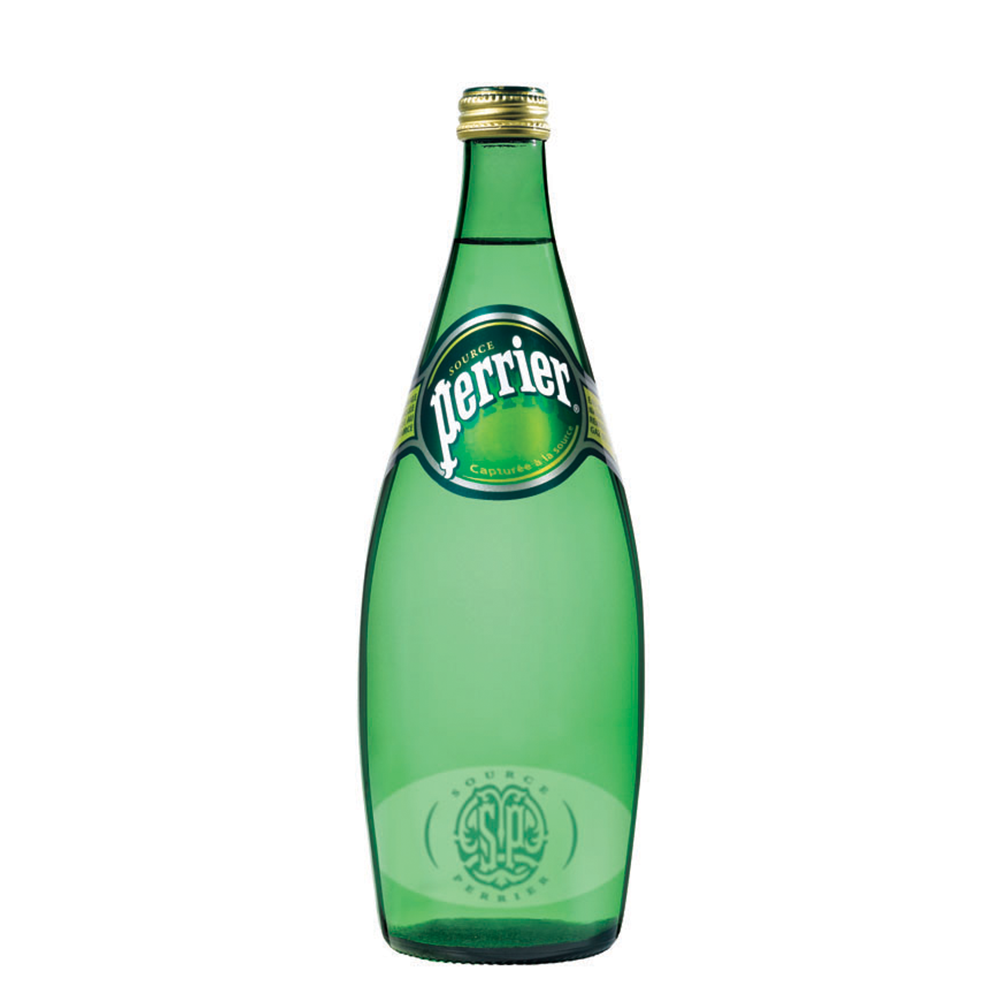